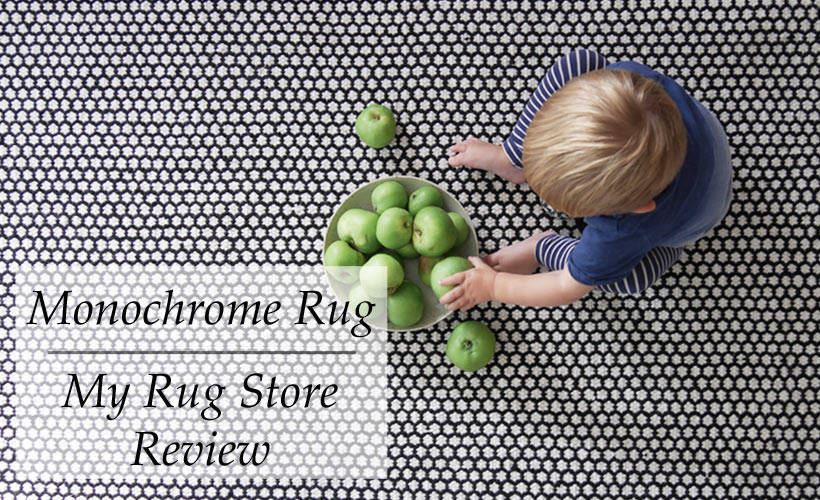 Anyone that’s been following along on my instagram would’ve undoubtedly heard me referring to our never-ending building works and the elusive extension – which, of course, will offer the answers to all our spacial problems, child tantrums and teenage angst – right?! Well, maybe not the latter two, but we’re certainly hoping the first issue might be solved. But me, being me, the moment the architect had made his first visit I already had a dozen Pinterest boards dedicated to the cause – bathroom taps, kids rooms and rugs – all with a common theme, black and white. I’ve often mused about the wonders of a monochrome house; when there’s enough chaos under one roof with 5 boys, two adults and two dogs – adding colour to the mix would be like raving it up in a life-size bag of skittles while everyone gets high on candy-floss.

END_OF_DOCUMENT_TOKEN_TO_BE_REPLACED 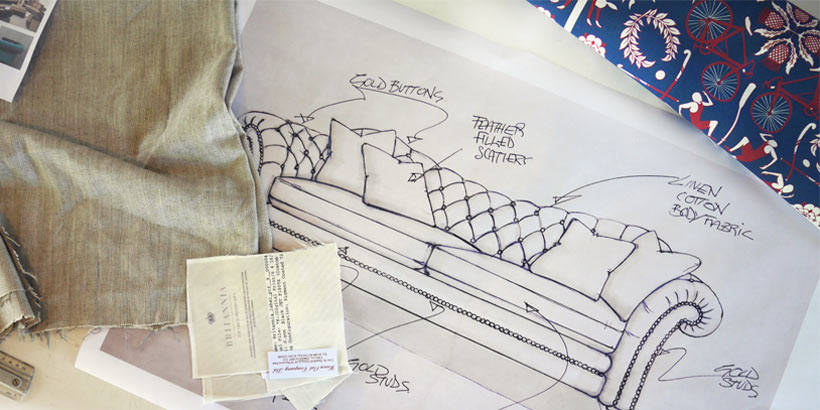 It’s now less than 100 days until the opening ceremony of the Rio Olympics and as Team GB are putting all their energy into ensuring we get the best medal count ever, there’s been an exciting launch much closer to home… DFS just unveiled their very own Team GB collaboration collection, aptly named Britannia.

It’s fair to say, that in recent years DFS, whilst being a family friendly choice for stain guarded sofas, they have also become synonymous with colour jammed, fast paced TV ads offering eternal free credit and endless bank holiday sales. But this was a far cry from the DFS I got to see a week ago when I they whisked me off for a couple of days (yes, first night away from Casper – ahhhh, sleep!!) for a behind the scenes trip to their home in Derbyshire! I was given a glimpse into one of their factories where skilled craftsmen, upholsterers and sewing machinists busily hand make each sofa to order – yup, no stock just sitting on shelves here!

END_OF_DOCUMENT_TOKEN_TO_BE_REPLACED 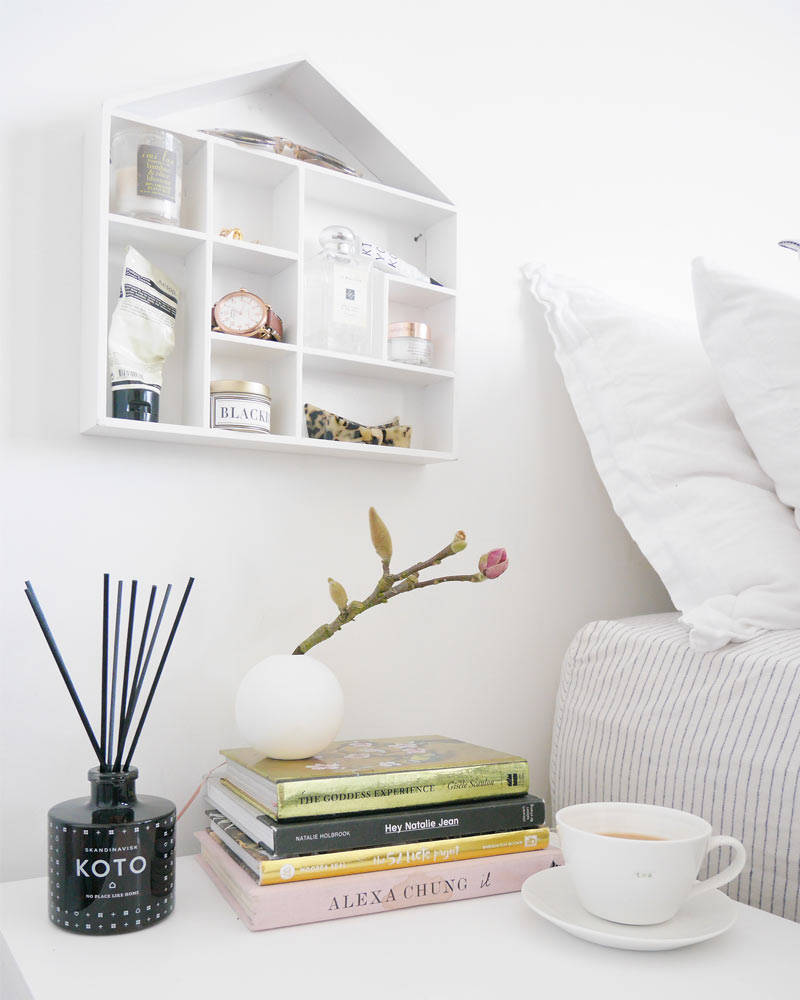 My love affair with Habitat started very young – I would follow my mum into Brighton and gawp, stroke and inhale the chunky, red velvet sofa that greeted us in their ultra hip, industrial shop space in the otherwise dilapidated, concrete structure of a shopping precinct; I must have been all of about 5! Move on 10 years, and with a blatant disregard for employment law, I applied for their Saturday sales assistant job at the tender age of 15 – yes, I got the job but, needless to say, all fell apart when they requested my national insurance number which wouldn’t arrive in the post for another 7 months! So, when my first interiors love got in touch – like a long lost beau, to ask if I wanted a slice for their bedroom furniture cake -how could I refuse?!

END_OF_DOCUMENT_TOKEN_TO_BE_REPLACED 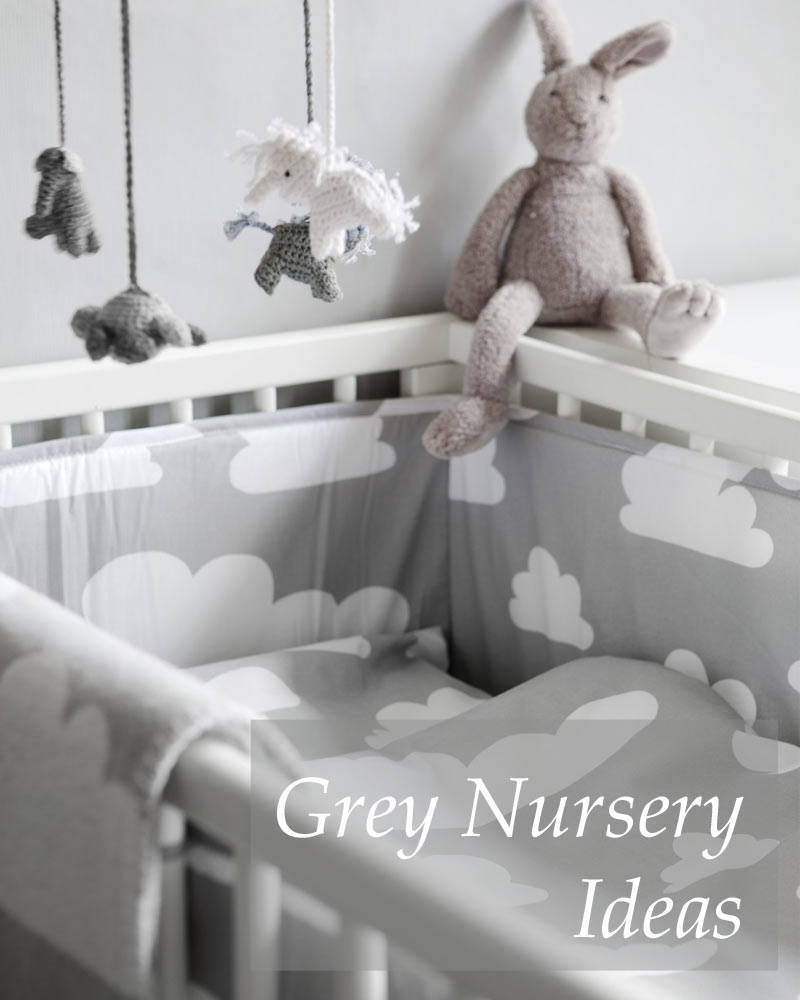 I’ll admit, I feel slightly bad that since birth our littlest man has not had the luxury of his own nursery. To start with, as a newborn, it was a must to have him as close as humanly possible in his co-sleeping cot. The chunky-monkey outgrew his co-sleeper at a rapid rate though and moved into his cot-bed but didn’t make the transition to his own domain, instead just to the end of our bed!

All is not lost though: with the realisation of our extension (see more on that here) towards the later part of this year the little man will be able to pleasantly enjoy his very own nursery. Whilst the last 11 months has been fun (as will the next 6 whilst the extension is being built and we have no option than to have him in with us) what were once little snuffles have turned into full blown murmurs and the size of Casper’s belongings are getting bigger! Plus, what a better excuse than to go on the hunt for the fabulousness that will be his first, and my last *sad face*, nursery.

This will be the third nursery I’ve decorated, as I constantly point out like a mama on repeat, back in 2006 with the first two bubbas’, the internet wasn’t as super-duper as it is today. I was lucky if I could find a single grey baby accessory at all, and chances were, if I did it would have a yellow or blue elephant/giraffe emblazoned on it! So, this time – I’m going to town!

END_OF_DOCUMENT_TOKEN_TO_BE_REPLACED 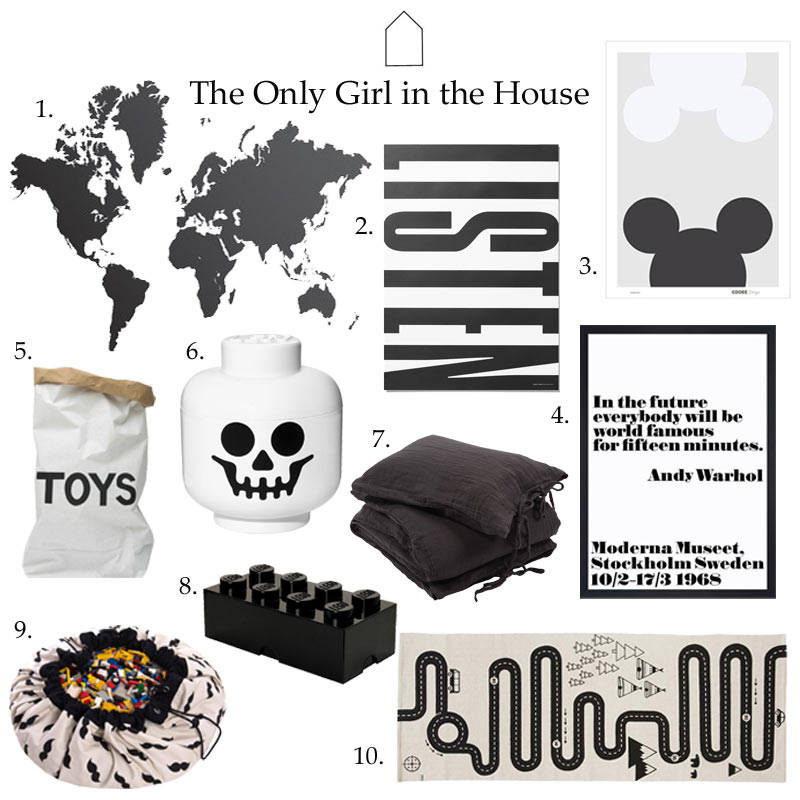 Our (my) love for Scandi inspired interiors lives on – none more so than in my kids room decor ideas (see THIS monochrome inspiration post). Not only are my favourite hues of black, white and grey gender neutral, they’re easy on the eye (even after minimal sleep or a few G&Ts) and ageless, easily going from tot to teen with just a few tweaks. Even Fisherprice, primary-coloured plastic doesn’t seem half as garish against a monochrome backdrop.